If you have ordered the unit with the option “sealed screws and sealed bag”, please verify the sealing before unpacking. If you do not know what this means, skip this section.

Each time you start the NitroPad, you should - if possible - connect your Nitrokey. If the Nitrokey is plugged in and the system has not been modified, the following screen will appear when the NitroPad is turned on. 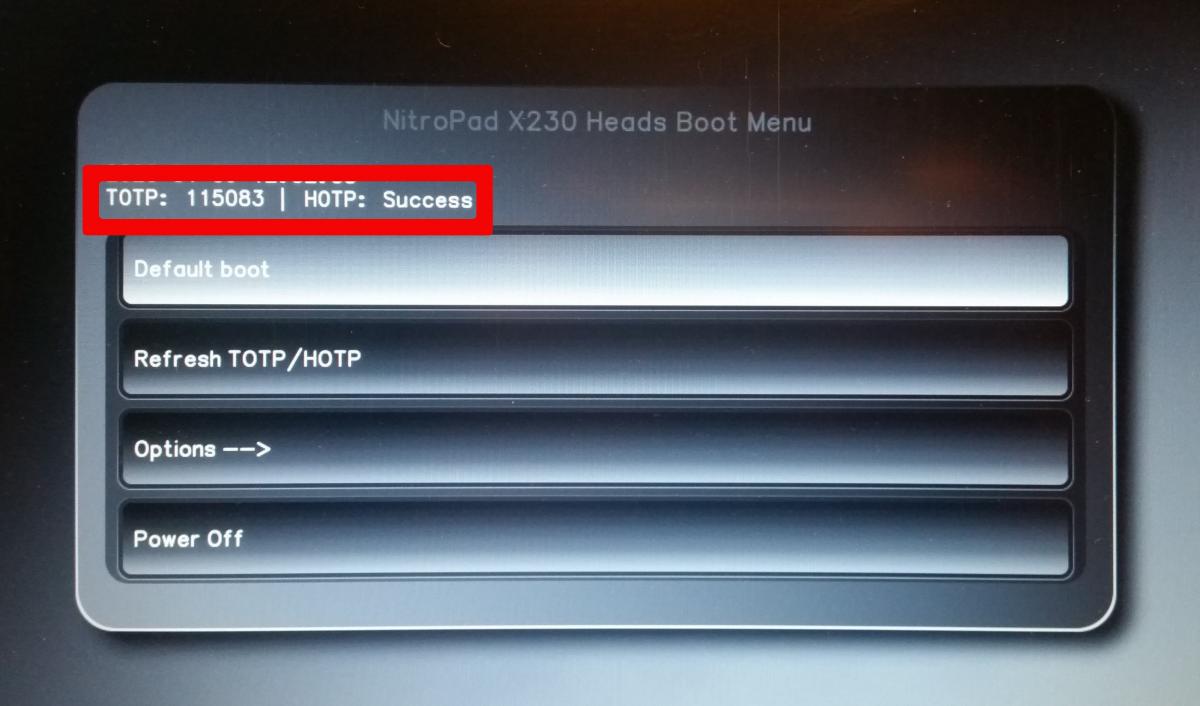 The box marked in red contains the information that the BIOS has not been changed and that the shared secret of the NitroPad and the Nitrokey match. But this information is not sufficient, because an attacker could have faked it. If at the same time the Nitrokey also flashes green, everything is fine. An attacker would have to have had access to the NitroPad and Nitrokey to achieve this result. It is therefore important that you do not leave both devices unattended. 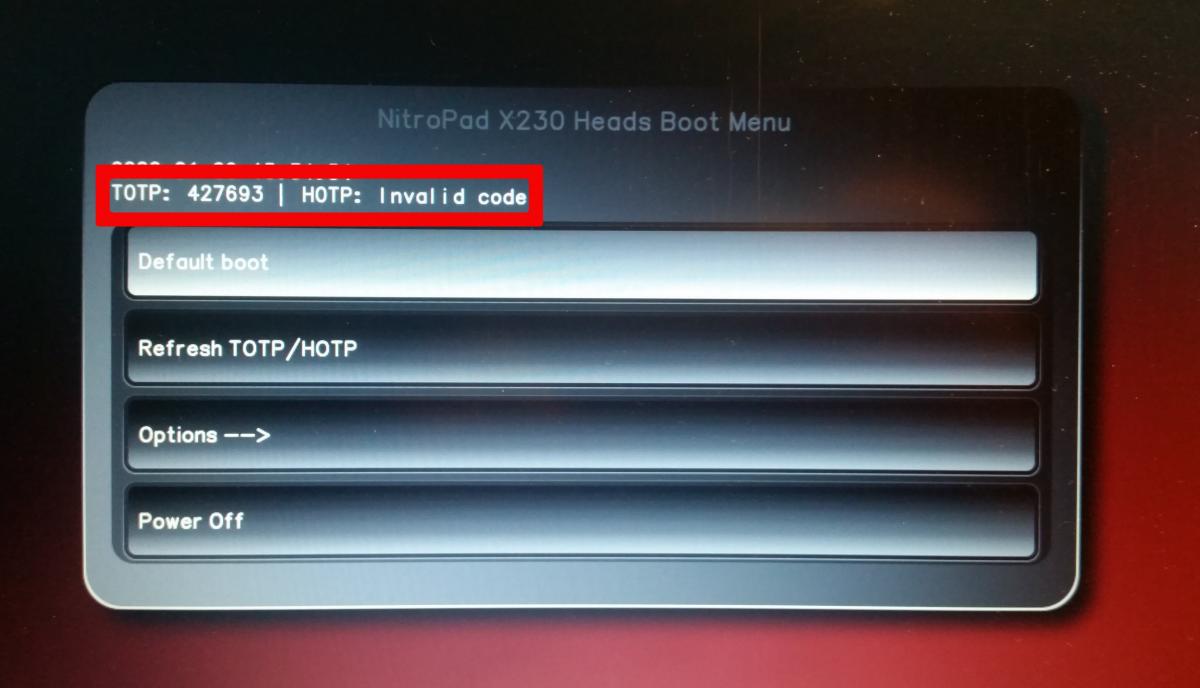 How the boot process may look like if the system has been changed (for example after an update) and what error messages may otherwise occur is described further below.

The NitroPad X230 can also be started without the Nitrokey. If you don’t have the Nitrokey with you, but are sure that the hardware has not been manipulated, you can boot your system without checking.

After purchase, the passwords are set to a default value and must be changed by you:

In case the Network Manager icon is not shown and when starting a VM an error like “Domain sys-net has failed to start: PCI device dom0:03_00.0 does not exist” is shown, proceed as follows:

Behavior After a System Update¶

The NitroPad firmware checks certain system files for changes. If your operating system has updated important components, you will be warned the next time you boot the NitroPad. This could look like this, for example: 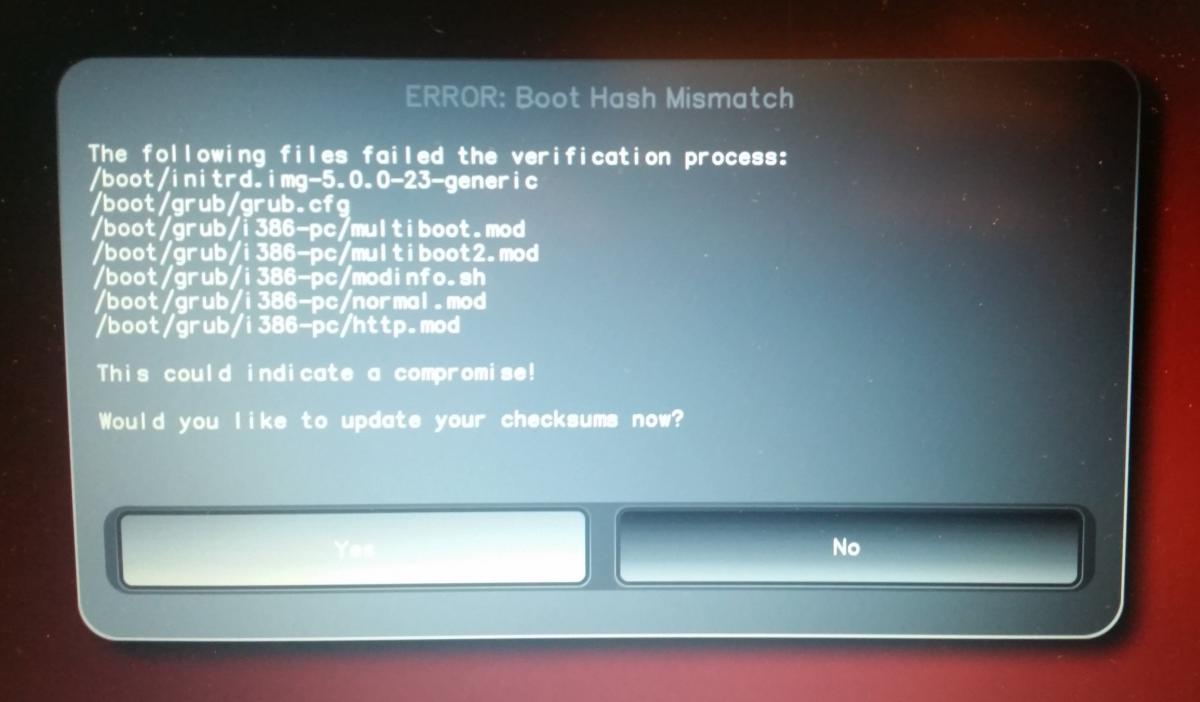 That’s why it’s important to restart your NitroPad under controlled conditions after a system update. Only when the new status has been confirmed can you leave the device unattended again. Otherwise, you will not be able to distinguish a possible attack from a system update. Detailed instructions for a system update can be found here.

If Qubes doesn’t boot as shown below, please execute the following steps: